Entanglement is a quantum property where two or more objects are linked and in "superposition" - existing in many possible states at once. When this happens, it is impossible to describe the state of each object individually - the entangled objects must be considered as a whole. 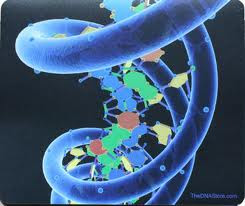 When the researchers analysed the DNA without its helical structure, they found that the electron clouds were not entangled. But when they incorporated DNA's helical structure into the model, they saw that the electron clouds of each base pair became entangled with those of its neighbours (arxiv.org/abs/1006.4053v1). "If you didn't have entanglement, then DNA would have a simple flat structure, and you would never get the twist that seems to be important to the functioning of DNA," says team member Vlatko Vedral of the University of Oxford.


For full article see www.newscientist.com, 15 July 2010 by Anil Ananthaswamy
Posted by Sarah at 06:07 No comments:

Icy claim that water has memory

A paper published in the reputable journal Physica A, claims to show that even though they should be identical, the structure of hydrogen bonds in pure water is very different from that in homeopathic dilutions of salt solutions. Could it be time to take the "memory" of water seriously?

The paper's author, Swiss chemist Louis Rey, is using thermoluminescence to study the structure of solids. The technique involves bathing a chilled sample with radiation. When the sample is warmed up, the stored energy is released as light in a pattern that reflects the atomic structure of the sample.

When Rey used the method on ice he saw two peaks of light, at temperatures of around 120 K and 170 K. Rey wanted to test the idea, suggested by other researchers, that the 170 K peak reflects the pattern of hydrogen bonds within the ice. In his experiments he used heavy water (which contains the heavy hydrogen isotope deuterium), because it has stronger hydrogen bonds than normal water. "Much to our surprise, the thermoluminescence glows of the three systems were substantially different," he says. He believes the result proves that the networks of hydrogen bonds in the samples were different.

For rest of article see www.newscientist.com, 11 June 2003 by Lionel Milgrom
Posted by Sarah at 03:49 No comments:

Today’s response by Government to the Science and Technology Committee report ‘Evidence Check2: Homeopathy’ reaffirms homeopathy belongs in the NHS where patients can best benefit from doctors integrating it into healthcare.  News which was welcomed by the Faculty of Homeopathy and the British Homeopathic Association.
The response clearly states that ‘local NHS and clinicians, rather than Whitehall, are best placed to make decisions on what treatment is appropriate for their patients – including complementary or alternative treatments such as homeopathy – and provide accordingly for those treatments.’ 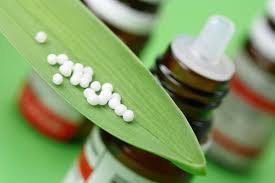 The Montagnier Paper – a Plain English Account by Rachel Roberts

by Luc Montagnier et al., Interdiscip Sci Comput Life Sci, 2009
Montagnier and his colleague Lavallee observed that under certain conditions, biological fluids containing infectious microorganisms can still cause infection after being passed through filtration procedures designed to sterilise the fluid.

A fluid containing human white blood cells (lymphocytes) infected with a microorganism called Mycoplasma pirum was filtered through filters with either 100nM diameter holes or 20 nM holes; as M. pirum are 300nM in size they could not pass through and the resulting fluids (called filtrates) were apparently sterile.

A NOBEL laureate who discovered the link between HIV and AIDS has suggested there could be a firm scientific foundation for homeopathy.

French virologist Luc Montagnier stunned his colleagues at a prestigious international conference when he presented a new method for detecting viral infections that bore close parallels to the basic tenets of homeopathy.
Although fellow Nobel prize winners -- who view homeopathy as quackery -- were left openly shaking their heads, Montagnier's comments were rapidly embraced by homeopaths eager for greater credibility.
Montagnier told the conference last week that solutions containing the DNA of pathogenic bacteria and viruses, including HIV, "could emit low frequency radio waves" that induced surrounding water molecules to become arranged into "nanostructures". These water molecules, he said, could also emit radio waves.
Read more »
Posted by Sarah at 01:11 No comments:

ADHD Linked to Pesticide Use?

A study just published in the journal Pediatrics has looked at the links between ADHD and pesticides.
The results of a urinary check showed that children with higher urinary dialkyl phosphate concentrations,especially dimethyl alkylphosphate (DMAP) concentrations, weremore likely to be diagnosed as having ADHD.


These findings support the hypothesis that organophosphate exposure,at levels common among US children, may contribute to ADHD prevalence.

Beyond reality - Watching information at play in the quantum world is throwing physicists into a flat spin, says Mark Buchanan 14 March 1998 by Mark Buchanan Magazine issue 2125

WHAT does a financial index have in common with Shakespeare's Richard III, a drawing of a cat and this sentence? Easy. No matter how important any one of them may be to you, they can all be reduced to the ubiquitous digital bits of the information age. And, as such, they can pass from a mind to a machine, flow down telephone lines and spill out unchanged onto a page halfway across the world. Information is nothing but patterns of 0s and 1s.

Sarah
Head of Research
NES Health
To see the forest 'for' the trees...The joy of observing physical reality through science...