In 1982 a remarkable event took place. At the University of Paris a research team led by physicist Alain Aspect performed what may turn out to be one of the most important experiments of the 20th century.
You did not hear about it on the evening news. In fact, unless you are in the habit of reading scientific journals you probably have never even heard Aspect's name, though there are some who believe his discovery may change the face of science.
Aspect and his team discovered that under certain circumstances subatomic particles such as electrons are able to instantaneously communicate with each other regardless of the distance separating them. It doesn't matter whether they are 10 feet or 10 billion miles apart. 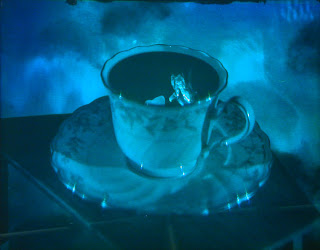 Whether Bohm and Pribram's holographic paradigm becomes accepted in science or dies an ignoble death remains to be seen, but it is safe to say that it has already had an influence on the thinking of many scientists. And even if it is found that the holographic model does not provide the best explanation for the instantaneous communications that seem to be passing back and forth between subatomic particles, at the very least, as noted by Basil Hiley, a physicist at Birbeck College in London, Aspect's findings "indicate that we must be prepared to consider radically new views of reality".
Posted by Sarah at 08:29

Sarah
Head of Research
NES Health
To see the forest 'for' the trees...The joy of observing physical reality through science...
Powered by Blogger.